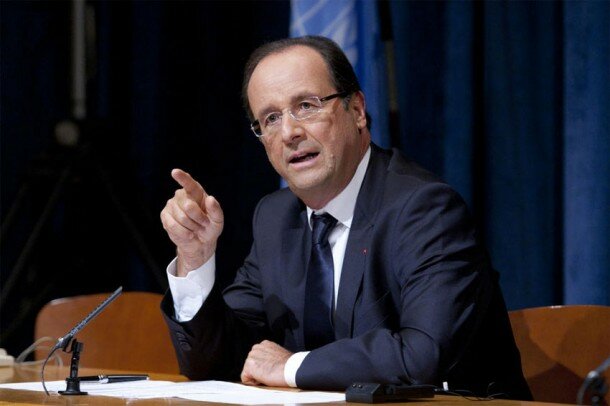 Trying to restore public trust after the resignation of Budget Minister Jérome Cahuzac, amid allegations of tax fraud, French President Francois Hollande announced today that he will work to eradicate “tax havens “ in Europe and the world, and he would step up the fight against corruption.

Mr Hollande said there was “a need for a relentless battle against the excesses of money, greed and secret finance.”

In order to increase transparency, French banks will be required to publish a list of all foreign subsidiaries every year, while ministers must disclose personal assets.

As part of the effort, Hollande also announced the creation of a special prosecutors’ office, as well as a new government authority, to monitor the assets and potential conflicts of interests of ministers, parliamentarians and other senior elected officials.

Hollande’s government has been under growing pressure after the former Budget Minister Jérome Cahuzac’s secret Swiss bank account was exposed on April 4th. Since then, Cahuzac has been charged with laundering the proceeds of tax evasion after admitting he had owned a foreign bank account.

Now, Hollande is requesting all ministers in his cabinet to publicly declare all their assets by April 15th at the latest, and has encouraged other elected deputies to follow suit.

Austria’s Social Democrat Chancellor Werner Faymann also signaled an easing of Vienna’s obdurate stance on bank secrecy in his remarks on April 9. He asserted that although domestic accounts would still remain shielded, foreigners’ wealth in local banks should face scrutiny.

Last reply was 1 month ago