Follow-up on “A Syrian Refugee in Switzerland: Jailed For Survival, While Government Holds Humanitarian Speeches” 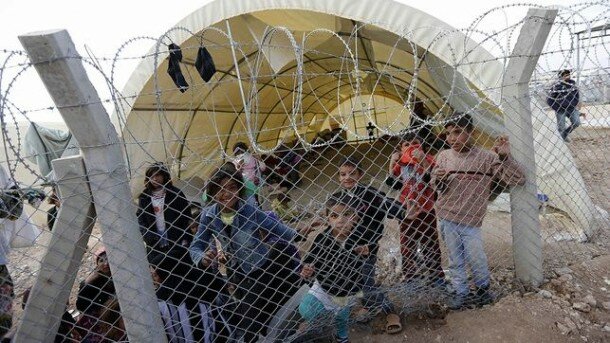 Update on my article A Syrian Refugee in Switzerland: Jailed For Survival, While Government Holds Humanitarian Speeches.

Last month, Rasha Alzrir, a young Syrian woman, seeking asylum in Switzerland with a Schengen-visa from Italy after first arriving in Germany, had her asylum request rejected and was put into a detention center where she had to wait for extradition to Italy. Rasha’s support committee, with the help of a state Representative, contacted the Federal Council to inform him about Rasha’s case and ask him to take action on her behalf.

The Federal Council decided to continue with the extradition process. They didn’t take into account that Rasha had first arrived in Germany and therefore shouldn’t be extradited to Italy. They also ignored the fact that German courts have ruled against the extradition of Syrian refugees to Italy, due to inhumane and unacceptable treatment of refugees in Italian detention centers. In short, the Swiss Government saw nothing wrong with Rasha’s case and reassured that she would be extradited.

Rasha was indeed transferred to Italy on the 13th of March and was held by Italian police for the next few days, never having committed a crime in her life. While her support committee organized for her accommodation and a lawyer contacted local friends of the support committee, she will have to stay in a special place for asylum seekers for at least one month, until her case gets handled. According to a source, the handling of these cases can take up to six months.

Rasha has been able to meet with some of the support committee’s friends in Rome and has reached out to all of her supporters on Facebook, saying that she has never felt that overwhelmed in her life, finding out about everybody that has been fighting for her and everything that has been done for her. She let everyone know that ‘what doesn’t kill you makes you stronger’ and that she is now stronger than ever.

In the mean time the fight in Switzerland continues. She was treated like a criminal when the only thing she was guilty off was trying to survive by fleeing the civil-war-like conditions of Syria and wanting to rebuild her life in a secure and safe environment. She fully collaborated with authorities and posed no threat to society. In addition to being extradited, she was sanctioned with a three-year entry ban for Switzerland with the explanation that Rasha entered Switzerland without a valid passport or a valid visa, bBoth of which are not true, since valid copies of both these documents have been found in her file.

The biggest fight lies ahead. The fight to unite Switzerland’s official discourse on its compliance with human rights and reality.