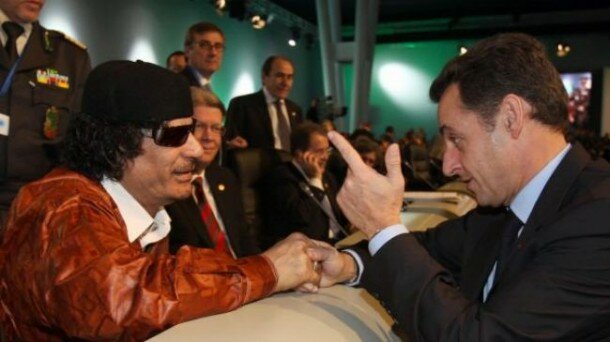 French prosecutors have opened an investigation against former French President Nicolas Sarkozy, after allegations that his successful 2007 election campaign might have received illegal funding from the late Libyan leader Muammar Gaddafi. Sarkozy denies the allegations.

The investigation had been opened after allegations by a Franco-Lebanese businessman, Ziad Takieddine, who said he had proof that Sarkozy’s campaign was illegally funded by the Libyan regime between 2006 and 2007.

Takieddine himself is currently under investigation in France, in a separate case involving arms sales to Pakistan in the 1990s.

Sarkozy met Gaddafi in Paris in 2007, short after his election. He says  the allegations are false and he was the chief advocate of the NATO-led military campaign that resulted in Gaddafi’s overthrow and killing at the hands of rebel forces in 2011.

In an interview by Euronews two years ago, Gaddafi’s son Saif al-Islam who was not happy with France’s key role in the 2011 international coalition which deposed and killed his father, claimed the regime had financed Sarkozy’s campaign, and said:

“Sarkozy must first give back the money he took from Libya to finance his electoral campaign. We funded it and we have all the details and are ready to reveal everything.”

Sarkozy is battling with many other legal problems. Last month, he was placed under formal investigation over allegations that he took advantage of the 90-year-old billionaire Liliane Bettencourt’s mental frailty to access her money for campaign funds.

He is also at the centre of another investigation on whether he misused public funds to pay for opinion polls while in office.