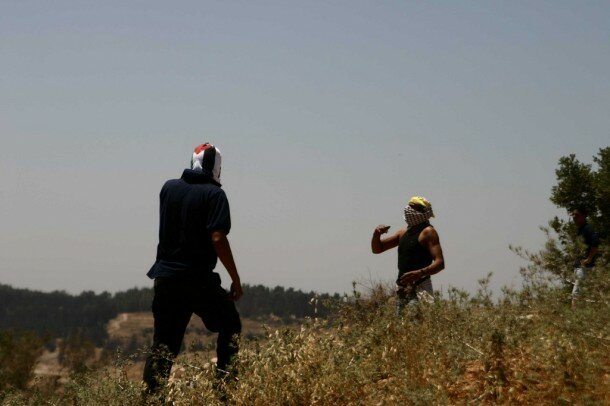 The death of Palestinian prisoner Arafat Jaradat, 30, who was being held in an Israeli military prison for throwing rocks at Israeli cars, sparked unrest in many West Bank towns on Sunday. Palestinian officials have called for an investigation into Jaradat’s death, which Israeli officials attributed to a heart attack.

“Rescue services and a doctor were alerted and treated him. They didn’t succeed in saving his life,” Israel’s internal intelligence service, the Shin Bet, said in a statement.

Many Palestinians remain suspicious about the true circumstances surrounding Jaradat’s death, after a top Palestinian doctor who was present at the autopsy said his death was the result of Israeli torture.

When news of the death broke, thousands of Palestinian prisoners announced a one-day hunger strike in protest. At the same time, large demonstrations erupted in West Bank cities, including Hebron and Nablus, resulting in multiple injuries.

“The battle waged by me and by my heroic colleagues … is everyone’s battle, the battle of the Palestinian people against the occupation and its prisons,” Samer al-Issawi, one of the four prisoners on hunger-strike, said in a statement last week.

A senior Israeli official, speaking on the condition of anonymity to the New York Times, admonished that many Palestinian prisoners are being held for “very heinous” crimes. “They’re saying that every Palestinian hunger striker should have a get-out-of-jail-free card,” he said “You can’t have a system like that. It’s not sustainable.”

Some fear these recent events may be the rumblings of third intifada. In the face of unrest in the West Bank, Israeli officials released $100 million in tax revenue to the Palestinian Authority, which it had previously been withholding, and directed the PA to “restore quiet on the ground.”

President Obama will make his first trip to the region as president next month.

Jonathan is an activist, student, and fellow at Young People For (YP4), a youth leadership development program of The People for the American Way Foundation. He grew up in Cambridge, MA, and has a special interest in gender theory, economic inequality and political communication. He has experience working for political campaigns and national non-profits, and has contributed research and writing to multiple academic publications, including one book. He can be found on Twitter (@damejo1)