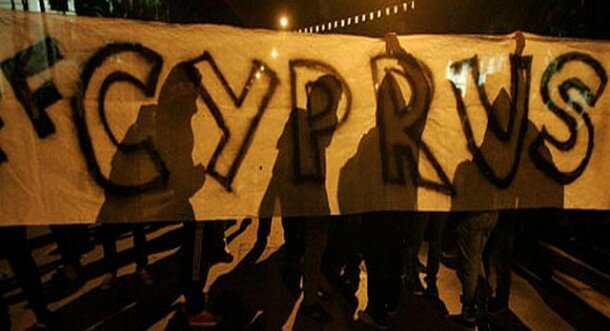 Struggling European Union member country Cyprus reached a last-minute deal on Monday morning with the international lenders, to shut down its second-largest bank in return for a €10 billion ($13 billion) bailout. Critics say the deal would inflict heavy losses on uninsured depositors that include a large number of wealthy Russians.

After charged negotiations between the Cyprus President Nicos Anastasiades and the heads of the European Union, the International Monetary Fund (IMF) and the European Central Bank, an agreement emerged to avert a collapse of the banking system – hours before the deadline.

This agreement is aimed at preventing the Mediterranean island from experiencing a financial meltdown and becoming the first country forced out of the single currency. While especially wealthy Russians will lose billions of euros as a consequence of this deal, savers with deposits of less than €100,000 will be spared.

The Cyprus Popular Bank, also known as Laiki, will be closed, with all of its good assets transferred to Bank of Cyprus. Those with more than €100,000 in Laiki will be hit the hardest. Deposits above € 100,000 in both banks, which under EU law are not guaranteed, will be frozen and used to recapitalize Bank of Cyprus and to settle Laiki’s debt.

With the closing of Laiki, thousands of jobs are expected to be lost. Signs of panic was starting to show last week when a €100 per day limit was imposed on ATM withdrawals from the two biggest banks, to avert a run. Even stricter capital controls are expected after the deal is finalized.

Last week, the European Central Bank threatened to cut off funds propping up Cypriot banks if no agreement was reached by this Monday. This would have precipitated Cyprus’ exit from the euro zone.

“It is a bad deal” said Lefteris Christoforou, vice-chairman of the ruling Democratic Rally party, “but the extreme scenario we had to contend with was worse.” With this deal, Cyprus had avoided a full blown bankruptcy.

French Finance Minister Pierre Moscovici rejected charges that the EU had brought Cypriots to their knees, saying it was the island’s offshore business model that had failed. He said, “to all those who say that we are strangling an entire people … Cyprus is a casino economy that was on the brink of bankruptcy.”

This is not the end of the story for the small island. Most probably, a second bailout will be part of the new future. Cyprus faces a gloomy economic future as the country’s economic model seems destroyed and a brutal austerity program is being imposed on its people as a condition of the €10 billion loan..