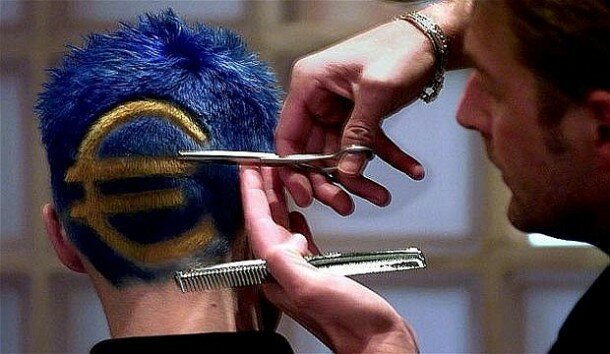 Cypriots with €100,000 euros or more in their accounts, will soon start feeling the pinch from coming bank levies, required under Cyprus’ new bailout restructuring plans. Once finalized, all depositors with accounts containing over €100,000 euros will find themselves subject to the “haircut,” with 22.5% of their account holdings being “taxed” to make up the down payment on the bailout.

An additional 37.5% will be frozen for what E.U. and Cypriot officials are calling “liquidity reasons,” however unlike the previous “taxed” amount, these frozen assets will earn interest to the tune of ten percent, so long as the banks in question perform well.

This all comes upon the agreement of the proposed €16 billion euro bailout package made between Nicosia and the Euro Group in the ongoing and contentious negotiations. While the rest of the Euro Zone struggles to come to grips with the new precedent set by this latest EU bailout deal, Russians in particular are scrambling to adjust to what is coming.

Over half of the accounts held throughout Cyprus’ two largest banks are held by Russians. Following periods of civil, political and economic turmoil, Cyprus, like many small nations who rely on imports and tourism, turned to industrial offshore banking as a means to boost its credit and gain entry into the EU.

Many Russians, seeking to take advantage of tax loopholes, set up bank accounts to minimize tax and oversight liability in the island nation, now look at losing up to 60% of their deposits. There is common speculation that much of this is due to money laundering operations, though Moscow and Cypriot authorities vehemently deny as such. Moscow, upon learning of the coming “haircut” to its citizens’ offshore accounts, moved quickly in announcing that it did not plan to cover any losses suffered as a result of the deal.

Russia has been seeking to repatriate the large sums of money made by industrialists and businesses. In a statement made on Russian state television, Deputy Prime Minister Igor Shuvalov said that Russia would still look into cases where Russian state investments were at risk, but the private holdings that stood to lose money, would not be reimbursed by the government.

In addition to the international implications and affects of the bailout and haircut, within Cyprus itself there are reflections of concern, sympathy and even optimism.

The Turkish Republic of Northern Cyprus, which suffered a similar, albeit smaller financial crisis of its own in 2000, watched as the once tourism reliant Greek Southerners turned to offshore banking as a means of growth. With (Greek) Cyprus’ admission into the EU and adoption of the Euro, Turks in the North labored along to bear witness to the rapid rise and fall of the Southern financial institutions.

With the painful and badly needed financial sector restructuring which is coming, many in the North see an opportunity for the South to reestablish itself with a more sustainable banking system. This lack of scorn or judgement by the North, should also be noted, comes against a backdrop of increased business flowing from North to South.

Following Cyprus’ mandating of withdrawal limitations in an effort to stem a run on the banks, Cypriots began flocking to Northern banks to pull their cash prior to any proposed deal finalization. And from construction contracting opportunities to trade negotiations, many in the North, including Turkish Cypriot Chamber of Commerce head Gunay Cerkez, are finding a silver lining to the Southern crisis.

In a statement to the Financial Times, Cerzek suggested that after the pain, the crisis could prove to be a benefit to Cyprus, stating it could inspire people to find “sustainable solutions.” Of these, he went on to suggest increased trade with Turkey, a nation southern Greek Cypriots have experienced considerable tensions and conflict in the past, could provide Cyprus with just that.

Should Turkish trade relations with the South increase, it could mark a change in internal Cypriot relations between North and South, which have been stagnant since their declining of a reunification deal in 2004. But prior to any changes and benefits, Cypriots and Russians alike are bracing for the hit and all eyes in Europe are yet again squarely on Cyprus.