Congress: Enriching the Rich and Empowering the Powerful 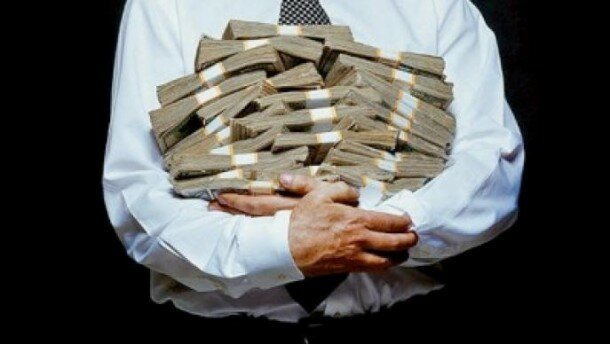 It’s not your imagination. Everything really is increasingly being skewed to benefit the very wealthy at the expense of everyone else.

When you look at the principles that many politicians advocate in U.S.A., it becomes explicitly clear that there is an entire system dedicated to giving more wealth and more power to the very tiny fraction of our population who already possess the vast majority of the wealth and power in our country.

Here are ten examples of the political ideology advocated by many politicians in our country. Pay close attention and see who really benefits from each of these principles.

1.    Rich people are job creators. We must have more tax cuts for the wealthy to inspire greater investment and create jobs.

In reality, this concept has been thoroughly debunked. The most recent recession occurred after huge tax cuts were given to the wealthiest Americans. Their taxes were lowered to a historic low. The rich were flush with money and getting wealthier even during the depths of the recession. More money in their pockets did nothing to create jobs. Our economy is primarily driven by the consumer demands of the middle class with disposable income. Tax cuts for the rich have never done much more than transfer wealth away from the middle class to the very wealthy.

In reality, tax subsidies are intended to help create incentives for struggling industries.

Oil companies need no such incentives. Exxon/Mobil alone makes about $40 billion in profits per year and pays almost no taxes. It does not benefit the American people to give billions of dollars in subsidies to the most profitable companies on the planet. We get nothing in return while shareholders enrich themselves on our backs. It just means more profits for oil companies and more debt for our country.

3.    We must oppose all gun laws so law-abiding citizens can hunt, target shoot and defend themselves from crime.

In reality, the organized opposition to all gun laws is exclusively for the purpose of protecting the profits of the gun industry, not the rights of gun owners.

For example, after the Brady Law was passed, background checks stopped hundreds of thousands of felons from buying guns without infringing on the rights of law-abiding gun owners. Along with lower crime, this law resulted in lower gun sales for the gun industry. Suddenly the gun lobby and their allies were now opposed to this simple but highly successful measure and they spent massive amounts of money opposing background checks.

4.    Government should get out of the way by repealing health, safety and environmental regulations, so businesses can profit more and our economy will grow.

In reality, repealing these regulations may slightly increase profits for big businesses, but the lack of health, safety and environmental regulations carry huge hidden costs for the American people. With fewer health and safety regulations, the customers and employees of big businesses would be harmed by unsafe products and hazardous working conditions leading to higher medical costs and fewer employee benefits.

Without environmental protections, everyone would pay massive hidden costs in the form of toxic waste removal and higher medical costs due to millions of illnesses from polluted air and drinking water.

5.    The new financial regulations should be removed in order to stimulate greater investment in business.

In reality, the removal of financial regulations over the past 30 years helped make some big investors incredibly wealthy by gambling with your money, until it caused the financial collapse of 2008. Then small investors lost much of their savings and taxpayers had to pay almost a trillion dollars to bail out financial institutions.

Repealing the 2009 financial reforms will likely have the same result.

6.  Unions are bad for America. They drive up costs and raise the prices of products.

In reality, over the past 35 years American productivity has increased dramatically. During that same time corporate executives have seen their incomes skyrocket while the income of working class Americans has stagnated. The opposition to unions enables a redistribution of wealth from the middle class to the very wealthy by paying blue collar workers as little as possible while giving executives massive salary increases and bonuses.

7.     Any cuts to Defense spending will make us vulnerable to attack by our enemies. We need to increase spending on defense.

In reality, the United States already spends more money on our military than the next 13 countries combined.  Billions of dollars are wasted on things that do not make us safer. We have Cold War era military bases in dozens of other countries which no longer serve a useful purpose.

Large corporate defense contractors hire hundreds of lobbyists, and give huge campaign donations, to influence members of Congress in order to keep spending massive amounts of tax dollars on weapons programs that the Pentagon doesn’t even want.

By cutting the waste and fraud in the defense budget, the United States can spend tens of billions of dollars less than we do now and still maintain the best equipped and best trained military in the world.

8.    We should eliminate the capital gains tax and the inheritance tax to spur investment and stimulate the economy.

In reality, many millionaires live entirely off their investments. The only income taxes they pay is the capital gains tax on those investments, which is already far lower than the tax rate most Americans pay.

The inheritance tax only applies to estates of $5 million or above. It affects about 1% of the population. Eliminating the inheritance tax and the capital gains tax would allow millionaires and billionaires to live off their investment income for their entire lives and never pay one penny in income taxes while middle class Americans would still pay about 30% in taxes on earned income.

9.    We should oppose health care reform, which is a government takeover of our health care system.

In reality, the government will not take over any part of health care. Hospitals, clinics, pharmacies, insurance companies and pharmaceutical companies are still privately run and operated. The new laws only protect the American people from insurance company abuses that allowed thousands of people to die every year. Health care reform ends the rationing of health care based on ability to pay. This is the real reason some politicians lied about “death panels” and government rationed health care.

The only true reason to repeal health care reform is to enable insurance companies to maximize their profits by letting people die rather than pay for their medical care.

10.  All efforts to reduce greenhouse gasses and stop climate change will only hurt businesses and harm the economy.

In reality, doing nothing about climate change would carry much greater costs that would impact everyone. The agriculture industry alone would incur billions of dollars in expenses because of new irrigation and changing crop requirements. Due to warming conditions, insects carrying diseases like Malaria will spread to new geographic regions. Rising oceans will make some coastal communities uninhabitable.

Opponents of taking action on climate change are only concerned with the short term costs to big businesses, but they ignore the much greater long term costs to everyone.

The one common factor among all these examples is that they all benefit the wealthy at the expense of everyone else.

In a recent election cycle, just one billionaire spent over 100 million dollars of his own money to promote the candidates and the political party that benefits him.

Money is power. Only very wealthy and powerful people can hire lobbyists to influence Congress, give large sums of money to Political Action Committees and spend huge amounts of money on advertisements to support candidates who benefit them.

There are no lobbyists who work on behalf of you or me. Middle class Americans have very little money to spend on political candidates or TV commercials to support a political issue. As a result, politicians pay far greater attention to the desires of the very wealthy.

There is far more job security in working on behalf of the wealthy than there is in helping the poor or the middle class. As long as we have a political system where wealthy people and corporations can spend nearly unlimited amounts of money to support political campaigns, then we will have politicians who work only to benefit the people with the most money.