“Cliff Notes” Version of: Why Are We in This Economic Mess? 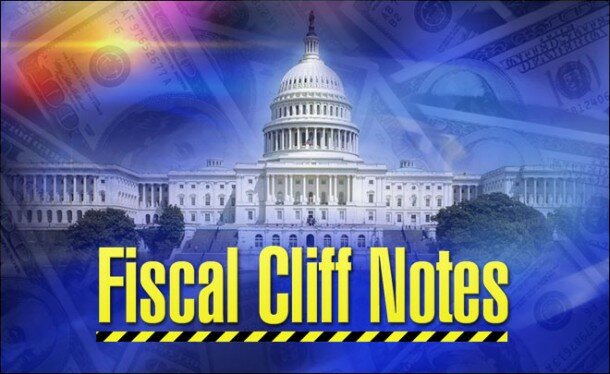 Remember in high school when you didn’t want to struggle through Hamlet or Macbeth, you turned to the synopsis and criticism of Cliff Notes? I know I am dating myself, because nowadays students in high school and university acquire all the information from the Internet; which we all know holds irrefutable facts.

What I will attempt to answer, in a simple manner like Cliff Notes, is the question:
How did we get in this economic mess?:

After the Economic Crisis of 2008, it was obvious that something had gone wrong. Banks had to be bailed out.  Houses were lost. Unemployment rose. Governments started to wobble. Why? Was this an economic ‘blip,’ market correction or an indication of much greater structural problems?

The ‘race to the bottom’ started around 1980s when the extremely wealthy, major corporations and financial institutions began to undermine equity issues in capitalism and democracy. Before this time, various forms of government regulations, moral corporate responsibility, rights of unions were in place where corporations had shared the good fortunes of prosperity with their workers, and taxes were relatively fair to all.

By the 1980s, Milton Friedman’s Neoliberal economic policies were in full force. Corporations, through their powerful influence due to campaign funding and lobbying of politicians and their economic clout, steadily weakened regulations and the rights of labor unions. The only important thing for corporations was profits and dividends to their stockholders.

The wealthy lost all pretense of being the noblesse oblige, encouraging governments to create tax loopholes and lower taxes, while transferring  their money to tax-free off-shore banks, and thereby gaining enormous wealth.

By this time, diabolically, this ‘economic nobility’– like the Grinch thinking about taking all the gifts from the Who’s in Whoville, has started asking questions like “What if we take the excess wages that are created due to increased productivity, and lend it back to the workers as credit?”

We will also make consuming (free market/capitalism), not saving, the only logical decision for the middle class while the corporations and financial institutions float in a sea of money aided by low corporate taxes and loopholes.

This was a reverse Robin Hood scheme– ‘taking from the poor to giving to the rich.’ And with these changes, the stagnation of real wages for the middle class and the incredible rise in income inequality has began.

Unknowingly, the middle class were made ‘economic slaves.’  But, they asked: How could we be slaves when we are ‘living the good life’ (read the book American Dream, now a myth)?  However, they blithely ignored that they were enjoying all the material wealth–houses, cars, boats and travel, all on credit. They also were paying the bulk of the taxes, and the relative cost was getting greater.

This coup d’état (for the credit situation was created with the cooperation of governments) generated trillions of dollars in surplus capital.

The frenzy was on. Why not lend the money to people with little ability to pay them back, as mortgages?  We will hide these bad loans by repackaging them as good loans, then sell them off again. If they default on houses, we just sell them to others at an inflated rate.

Then they decided to gamble with the public’s money that was invested in stocks, pension funds as derivatives and hedge funds. This was possible with the deregulation of financial institutions and laws that once protected the public.

Still, not good enough, we can make our companies even more profitable by shipping American and European jobs to developing countries where the cost would be a fraction of the wages we pay to those greedy (and sometimes unionized) workers back home. And, we don’t have to be bothered with those pesky environmental or safety regulations.

In the meantime, to gain control of petroleum resources, to create an increased political/economic sphere of influence and to provide extra profits for our defense industry, we can instigate wars in oil rich regions of the world. Just a win-win situation, all around.

Then, when everything crashed, people were surprised. How did this happen?  Yet, for centuries, these tendencies have been recognized as destructive to individuals and to society. However, those entities and individuals caught in the vortex of greed and wealth have always ignored the past and its consequences.

In opposition to the destructive and unsustainable economy which had been established by the plutocracy (termed the One Percent), worldwide grassroots movements such as Occupy Movement (of which the Arab Spring is a variant and directly linked) and the Progressive Movement in the U.S have emerged.

The people who are opposing any change and bankrolling propaganda from well-funded Think Tanks and political campaigns, are the same people that brought us this crisis. They hijacked the GOP through Tea Party to support their aims. They used the well-worn populist tactic of using fear and religion as their major weapon. Fear of immigrants, loss of traditional values (same-sex marriage/equality), governmental tyranny (gun control, Affordable Health Care Act.)

Yet, those that created the problem are still in denial that the problem is not deficits, currency issues, productivity or the scaling back of welfare states, and globalization, but income inequality, tax revenue depletion, deregulated financial markets and corporations and the subsequent swirling chaos that was induced by them.

At the recent Davos World Economic Forum annual meeting in January 2013, there was recognition of the growing income disparity and its potential to cause further economic and political damage. A grim future is framed within the classic one of demographic change, with a decreasing labor force and increasing elderly population.

In a risk report of the Forum, it is stated that “a society that continues to sow the seeds of dystopia – by failing to manage aging populations, youth unemployment, rising inequalities and fiscal imbalances – can expect greater social unrest and instability in the years to come.”

While the bold statement recognizes the danger of income inequality, it is also a denial that the very elite who were attending this meeting are part of the cause of the inequality. Furthermore, it sublimates that the solution must be a decrease of their incomes, both corporation and individual in form of better wages and/or higher taxes from them to create more higher-paying; particularly for the youth.

By deconstructing the past events, it becomes clear what has to be done. But, this is the topic for another article focusing on the question: How do we get out of this economic mess?