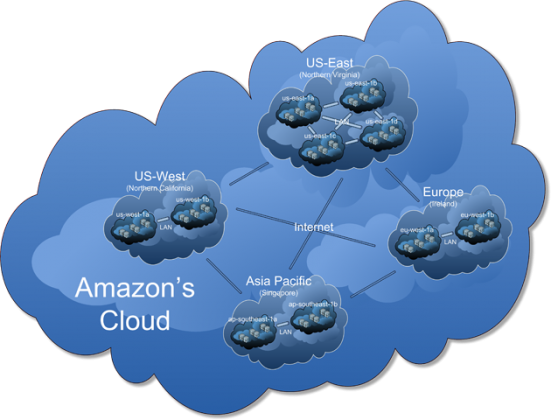 According to a newly released report by The Business of Federal Technology website, the USA Central Intelligence Agency (CIA) and the company Amazon are about to sign a ‘cloud computing’ contract priced $600 million.

The FCW article states that the CIA Chief Information Officer Jeanne Tisinger told an audience at the Northern Virginia Technology Council Board of Directors meeting on March 12, that “CIA is leveraging the commercial sector’s innovation cycle, looking for cost efficiencies in commodity IT, and using software-as-a-service for common solutions, working with companies like Amazon.”

Amazon Web Services (AWS) is the Amazon’s remote computing and cloud computing platform offered online. Cloud Computing is a type of internet service that relies on sharing computing resources such as virtual servers, rather than having local servers or personal devices to handle applications.

CC can be done in a “private cloud” by using cloud computing technologies in a company’s own data center, or publicly by using public clouds that are in hosted facilities, where the hardware is shared with many users. Sharing the hardware saves money and time.

AWS is currently the largest public cloud provider. Amazon has its own “Virtual Private Cloud” that uses hardware hosted by Amazon, but it behaves more like a private data-center. Deal with CIA means AWS might create a ‘private cloud’ for CIA, which means entering into private clouding business.

Technology experts say this could be a game changer for government IT, with far reaching implications, as well as savings.

CIA’s budget is classified, therefore there is no way of knowing how the agency will be affected by the current sequester cuts.

According to the Us Uncut, a nationwide creative direct-action organization, the sequester cuts to the Head Start program which will eliminate pre-school for 70,000 children and 30,000 teaching jobs, equals to almost same amount of the deal, $600 million.

Amazon and CIA spokespeople have not given statements to confirm or deny the contract.