For the simplest of points to be made, this has taken all day to say, mostly because of the varied expletives that needed replacing. So here it is. Last night, during the President’s first State of the Union speech of his second term, there came a moment toward the end where he acknowledged a 102 year old Florida woman – Desiline Victor – who, on Election Day 2012, stood in line at her precinct for over three hours (she was first told it could take up to six, yet she insisted). All for the “privilege” to vote. The President asked…

When I learned that the Pulitzer Prize winning journalist Chris Hedges filed a law suit against President Obama over a prevision of NDAA, and the Academy Award winning filmmaker Michael Moore was supporting it; I knew I needed to learn more about what was going on. The National Defense Authorization Act (NDAA) is a United States federal law that is renewed annually by the Congress, to outline the budget and expenditures of the United States Department of Defense. It was instituted after World War II, and has been amended and voted into law annually ever since. So what is the…

Rise Up To Stop Violence Against Women: Join V-Day’s One Billion Rising Events

I thought long and hard before writing this article. I am not a person who easily shares personal stories or struggles. Not that I think my fellow human beings would not care, but sharing my story is like ripping the scab off a wound I would rather ignore than recall. When I first saw this video, tears poured down my cheeks. It is so sad that probably many women would have the same experience watching it, since one out of three (one billion) women on this earth experiences abuse, in some form or another, during her lifetime. It took me…

Shoes Thrown at Former US Diplomat in British Parliament

Former U.S. diplomat Paul Bremer, who was head of the Coalition Provisional Authority (CPA) of Iraq following the 2003 invasion, is the latest victim of a shoe throwing incident, this time in British Parliament, on February 7. During a meeting organized by a Think Tank, Henry Jackson Society, a man identified as Yasser al-Samarani threw a pair of shoes to Bremer, yelling that the shoes came “from Saddam Hussein and the Iraqi people.” Bremer might have learned how to deal with flying footwear from his former boss, President George W.; because he was extremely quick to react, first ducking, and… 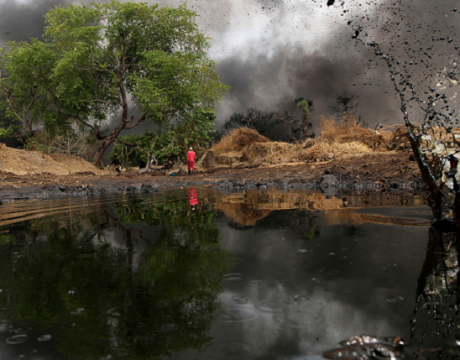 “The scale of the pollution is enormous: twice as much oil has been spilled in Nigeria than was in the Gulf of Mexico. Only there (Nigeria) it’s never been cleaned up.” – Friends of the Earth Netherlands spokesman, Geert Ritsema The headlines on January 30 were somewhat ominous: Dutch court rejects claims made by Nigerian farmers. Court sides with Royal Dutch Shell. Nigerian farmers lose bid to hold Shell accountable. But why? In a world where headlines sell, isn’t the sexier story “Nigerian farmer scores victory against oil giant in landmark environmental suit”? Because that’s what happened. In 2008, four…

Was Pablo Neruda Poisoned by Pinochet? 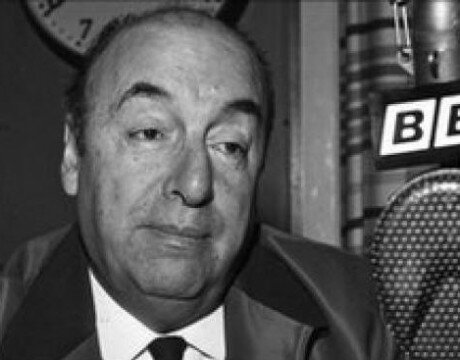 “I crave your mouth, your voice, your hair. Silent and starving, I prowl through the streets. Bread does not nourish me, dawn disrupts me, all day I hunt for the liquid measure of your steps.” – Pablo Neruda Who knew one of my favorite poets was a communist and died, under very suspicious circumstances, only 12 days after his close friend, socialist Chilean President Salvador Allende, in 1973? The Pablo Neruda Foundation announced on Friday that the Judge Mario Carroza has ruled in favor of exhuming the body of Nobel Prize-winning poet for an autopsy, seeking to determine the cause… 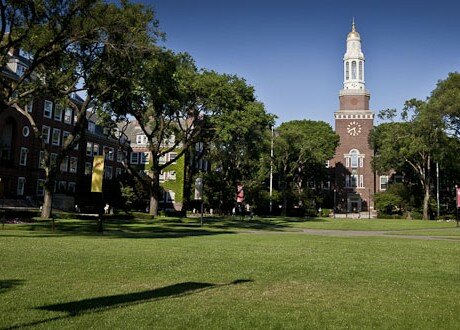 On February 7th, Brooklyn College hosted a panel of two speakers in favor of the Boycott, Divestment, and Sanctions (BDS) movement, the largest non-violent movement against the Israeli occupation. The two speakers, Jewish-American philosopher Judith Butler and leading Palestinian BDS activist Omar Barghouti, were invited to share why they support the movement. The event spurred a week-long storm of controversy and outrage on campus and nationwide. Brooklyn College, located in a former Jewish community in the Midwood neighborhood, is known for its strong Jewish presence, with a fifth of its students identifying as Jewish. Barghouti compared the hostility against the… 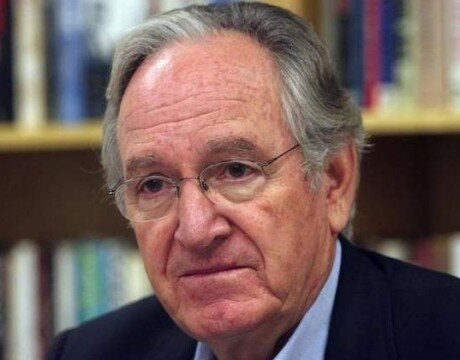 My senator, Tom Harkin, has announced that he is retiring from Congress and won’t run for reelection in 2014. As a five term senator, Harkin has been one of the more progressive members of the Senate in recent years. According to some polls, the top choice for Iowa Republicans to run for Harkin’s Senate seat is Congressman Steve King from western Iowa. Yes, the same man who told an Iowa reporter, he’s never heard of a child getting pregnant from statutory rape or incest, in August 2012. Same man who claimed insurance coverage of contraceptives will make us ‘a dying…

Are Drones Already Over USA?

Amid the controversy over a newly-released memo, documenting the CIA’s policy on the targeted killing of American citizens with drones, the Federal Aviation Administration (FAA) has released a list of public organizations that have applied for a special permission to use drones over USA towns and cities. Permission certificate, called Certificate of Authorization (COA), allows universities, police departments, and government agencies, including the U.S. Army, the FBI, the Defense Advanced Research Projects Agency (DARPA), NASA and the Department of Homeland Security to utilize drones for surveillance purposes. The list includes 81 public entities that have applied for FAA drone authorizations… 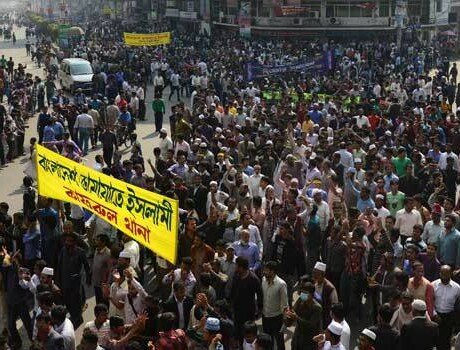 Protests against the life-in-prison sentencing of a senior leader of Bangladesh’s biggest Islamist party -Jamaat-e-Islami, for crimes against humanity in the Bangladesh’s 1971 war of independence, are continuing into their fourth day. Many people are outraged that he was not given the death penalty. Abdul Quader Mollah, 64, was found guilty by the International Tribunal-2. He was charged with murder, rape, torture, and arson, including some large-scale massacres in the Mirpur area of Dhaka, during Bangladesh’s war to break away from Pakistan. Thousands of people are attending the protests that were initiated by the Blogger and Activists Network last Tuesday afternoon,… 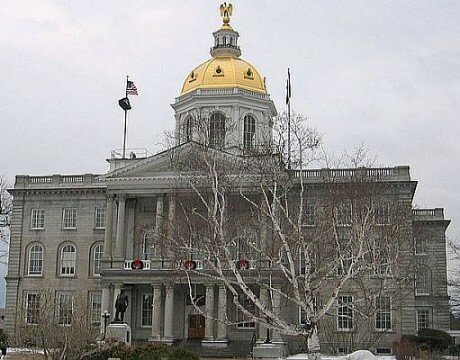 This Valentine’s Day, some members of the New Hampshire house likely won’t be receiving much in the way of candies or cards from corporate interests. Next Thursday, members of the statehouse committee on State-Federal Relations and Veterans Affairs will meet to discuss House Concurrent Resolution (HCR) 2, which calls for the state congressional delegation to “encourage and expedite” a Constitutional amendment to address the highly contentious “Citizens United” Supreme Court decision. Calling for a constitutional differentiation between people and corporations, the bill goes on to encourage that the proposed amendment declare once and for all, that: “…money is not speech,…

Africa is Not Poor, It is Being Robbed (Video)

What is Zambia’s (a poverty-stricken Southern African country) connection to a small village in Switzerland, the Iran hostage crisis, apartheid, President Clinton, and the biggest tax fraud in US history? Zambia has the 3rd largest copper reserves in the world, yet 64% of the Zambians live below the poverty line, 80% of people living on less than $2 a day. When Zambia’s economy was crashing under debt from the previous World Bank loans that were given to the country to build roads and power grids for the mining companies’ business operation needs; The International Monetary Fund (IMF) and the same… 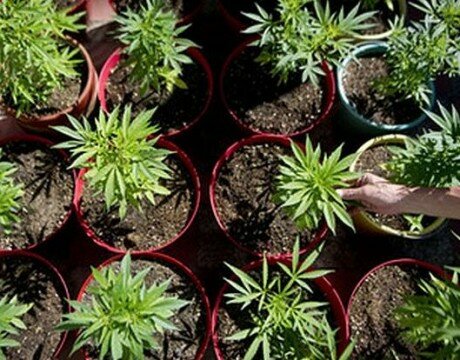 To some, it’s been just around the corner for decades. For others, its probably too good to be true. For a slim, outdated minority, the end is near and we’re all destined to hit the skids. Whatever the reaction, news spread quickly today about Oregon Congressman Blumenauer and Colorado Congressman Polis’s plan to introduce a bill to dramatically change the way the government handles marijuana. Dubbed The Ending Federal Marijuana Prohibition Act of 2013, the bill calls for the federal government to decriminalize marijuana and leave enforcement and prohibition matters to the states respectively. Marijuana advocates, both from the medical…

Move To Legitimize Spying, Detention and Murder of American Citizens 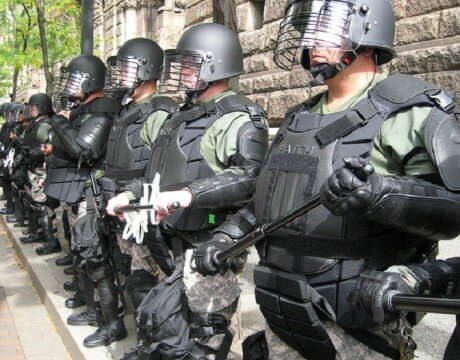 Amidst the noise and static surrounding modern arguments over government power in relation to guns, abortion and health care, a very real “big government” power grab, once widely discussed in the early 2000’s, might be continuing to expand. This time with twice the legal reinterpretation of constitutional law as the first. With the National Defense Authorization Act (NDAA) debate fading in the rear view mirror, the new moves by U.S. authorities to expand their powers to monitor, investigate and even kill American citizens, are taking shape with only a tepid reaction from the American media or public at large. Taking… 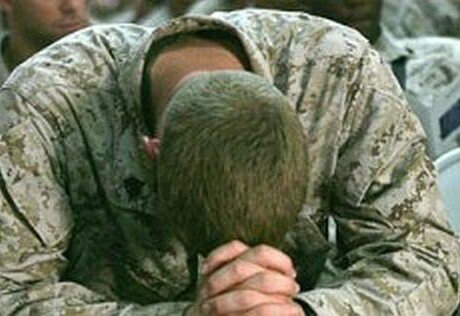 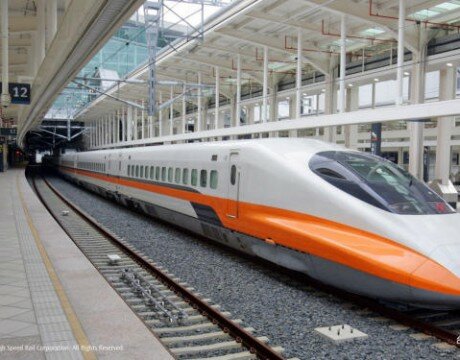 North America (U.S., Canada and Mexico) is at a crossroad of economic development. The U.S. and Canada are transitioning from the Post-Industrial to the Information Age. Mexico, an upper-middle –economy, is on the verge of becoming a developed country, despite its present difficulties. All three countries are linked geographically, economically, politically and culturally. Although N.A.F.T.A has not received much attention lately, this does not obviate joint development opportunities. Infrastructure coordination, such as high-speed rail (HSR), can strengthen all three countries and create additional opportunities. It could be the impetus for a new era of sustainable prosperity for all three countries….

US Fiscal Debate Could Learn From Norway 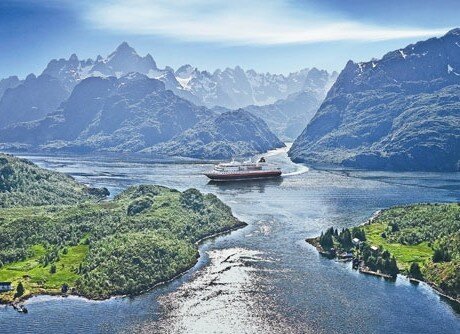 Written by Mark Provost Guest Author If Washington sincerely wants to reduce the budget deficit and national debt while protecting the broader economy, it should learn from other nations which have succeeded. One country stands out: Norway. Norway has the largest budget surpluses in the developed world, no net national debt, citizens enjoy a robust safety net, and unemployment is below 3%. (1) (2) What is Norway’s secret, other than refusing to join the European Union? Before the discovery of off-shore oil in the late 60s, Norway’s lackluster economy earned the nickname ‘Europe’s ugly duckling’. But Norway’s subsequent success has… 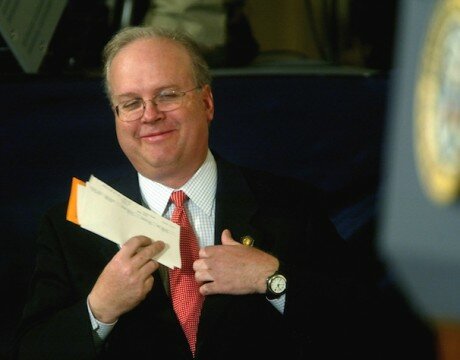 Karl Rove launches new American Crossroads Project – Conservatives and Republicans Cringe There is increasing talk regarding the “true conservative” as an endangered species. Now on the left, the talk is more centered on the Republican Party, as to many liberals and progressives, the GOP serves as the big tent under which the right wing gathers. However if that is the case, it would seem some groups are threatening to pull up the stakes and go home. Enter; The Conservative Victory Project. Ex Bush era Rasputin impersonator, Karl Rove has returned, again, and much like any bad b-movie horror franchise,…