Brazil to Cancel Millions of Dollars in African Debt 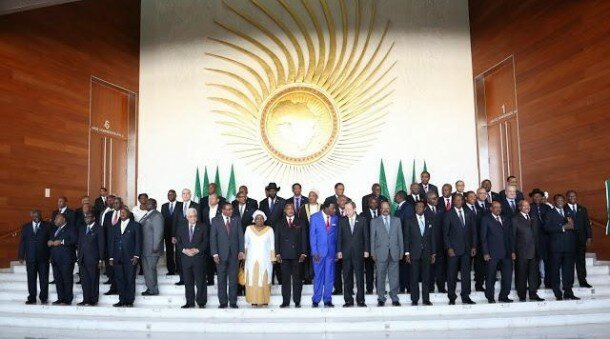 Today, during a summit marking the 50th anniversary of the founding of the African Union (AU), in Addis Ababa, Ethiopia, Brazil announced its plans to cancel the debts of 12 African countries, a total of $900 million.

Brazil’s presidential spokesman Thomas Traumann told reporters that the move was part of Brazil’s efforts to boost economic ties with Africa, home to some of the world’s fastest growing economies.

Among the 12 countries whose debts were pardoned, Congo-Brazzaville was the highest with a $352 million debt cancelled, with Tanzania’s $237 million debt the second largest.

Brazilian President Dilma Rousseff was in Addis Abada for the summit. She has met with several African leaders including Ethiopian Prime Minister Hailemariam Desalegn. Brazil has signed a series of cooperation agreements with Ethiopia on agriculture, education, air transport and science.

Brazil is one of five members of the BRICS, an association of emerging national economies: Brazil, Russia, India, China and South Africa. Brazil is the world’s seventh largest economy with a GDP of $2.425 trillion in 2012.

African Unity was found in 2002, after changing its name from Organization of African Unity which was founded in Addis Ababa in 1963. The only African country that is not part of the AU is Morocco. The country withdrew its membership because of a dispute over Western Sahara.

Despite 6 out of the world’s 10 fastest-growing economies are being in Africa, Transparency International, a non-governmental organization that monitors and publicizes corporate and political corruption in international development, says nearly half of the world’s 20 most corrupt countries are in Africa as well.

AU Chairman and Ethiopian Prime Minister Hailemariam Desalegn said the gathering will look forward to creating an Africa free from poverty and conflict, in his opening speech:

“This historic day marks not only a great leap forward in the Pan-Africanist quest for freedom, independence and unity, but also the beginning of our collective endeavor for the realization of Africa’s socioeconomic emancipation.”

Africa’s massive external debt burden has been the single biggest obstacle to the continent’s development. Foreign debt of African nations has led to unimaginable human suffering in Africa for decades. African economies have been wrenched by ‘structural adjustment’ measures dictated by the World Bank and the International Monetary Fund, with horrific results such as massive unemployment, extremely low wages leading to abject poverty and halted economic growth.

“Africa’s foreign assets remain private and hidden, while its foreign debts are public, owed by the people of Africa through their governments.”

The book reveals the intimate links between foreign loans and capital flight. A significant portion of the money borrowed by the African governments wind up in private accounts at the very banks that provide the loans in the first place, while debt-service payments draining the scarce resources from Africa, cutting into funds available for public health and other needs.

The authors argue that African governments should repudiate these ‘odious debts’, and that the international community should assist in this effort.