Boston Marathon Bombing and the Simplicity/Complexity of Terrorism 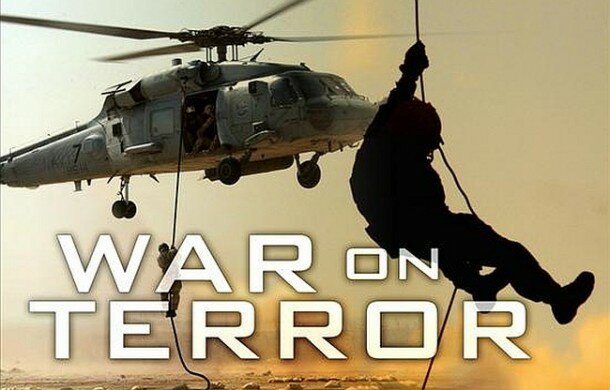 Since the Boston bombing, the media is overflowing again with the familiar lines capriciously flung on Right wing media such as:  “Muslims are a violent people. More violence is to come if we continue to let Muslims immigrate to the U.S.. Obama is a Muslim and supporting Al Qaeda and Progressives being Marxists and Socialists [they are equal in Tea Party jargon] are coddling terrorists and proposing an overgenerous immigration policy.”

At this point, there is scant evidence for any conclusion on the Boston Marathon bombing. Authorities are not sure if the Boston Marathon bombing were part of a terrorist network with links to Al Qaeda or other radical Islamic groups, or a homegrown isolated act. There is a possibility that the older brother was alienated mixed with the inspiration of radical Islamic thinking. One of the brothers were killed in a gun battle, and the remaining brother is in custody and charges have been filed on April, 22.

Yet, with only evidence that the alleged suspects were Muslim, the volatile and venomous Tea Party pundits have gone off on a feverish tangent to damn Obama, Progressives and other Liberals and linking the incident to immigration, ‘Obamacare’, and other issues. The Boston bombing is  just another trigger to set them off on their predictable tirades.

The Right’s media which uses strident tones, extreme warping of facts, exploit ethnic/minority prejudices and vilification of the Left leaves absolutely no option for compromise, only acquiescence to their views.

Unfortunately, there is a significant amount of the population that has internalized these viewpoints via media mouthpieces whose ideas originated in conservative think tanks supported by corporations and plutocrats.Republicans politicians who are dependent on their money for campaigns echo these messages.

Recently, one of the “flag bearers” of the Tea Party, Senator Lindsey Graham (R-S.C.) recently stated in reference to the incident stated:

They (Muslims) hate us. We’re a Christian nation, we’re a colonial power in their minds, and they’re trying to destroy our way of life. We have the right to defend ourselves at home and abroad. (Richter, 2013)

This is the type of simplistic fear mongering that blatantly caters to Tea Party adherents who view all Muslims as terrorists and advocate their mass deportation.

In this atmosphere of frenzied propaganda generated by the Right bombarding the airways and politics, serious fundamental issues are being ignored:

We have abundant historical examples that religions have been exploited by some for the most heinous acts against human beings. Muslims hold no monopoly on terrorist acts.

Jihad is now interpreted by the majority of Muslims as self-searching. Only the most radical of Muslims interpret it otherwise. There are Christian groups who are tainted with some of the same tendencies.

Islam is being used as vehicle for radicalization of youth particularly who have limited economic opportunities in their own country. The anger many times has been diverted, away from their own country, to the U.S., Europe and other developed counties. It is a common tactic in dictatorships and is often directly facilitated by them. U.S.A open support of some of these dictatorships do not help either. Official reports attempt to downplay the role of funding of terrorism from Saudi Arabia and other Gulf nations in 9/11(Roth et al., 2004.)

The U.S. did not go to Iraq or Afghanistan for fighting terrorists but to bring these countries into our economic spheres for their resources or as transit routes for petroleum/gas. Any pretense to the contrary is a naive look at U.S. foreign policy. However, we did not bring these countries “into the fold” bringing us hegemony over petroleum reserves or an enlarged sphere of influence in the Middle East; but embroiled the U.S. in a ten year war killing thousands of U.S. men and women; exacerbation ethnic tensions and costing the U.S. trillions of dollars. In the end, the Neo-Conservatives did not realize “the New World Order.”  However, this is really a variation on a theme in U.S. foreign policy that started with the U.S. entering the world arena in the late 1890s with the policies of Teddy Roosevelt. The two sides could not be characterized as the “restrainers” and “shapers” (Wright, 2013.)

The tacit approval of the U.S. of Israeli actions in Gaza and Palestine has not helped it win friends in the Middle East.  However, it is not cries for social justice by Middle Eastern states, but its political usefulness. The ire against Israel in Middle East states is often used to create an outside enemy so that the population will direct their anger toward Israel and the U.S. and not internally toward dictatorial regimes.Likewise, conservative groups in Israel use the on-going acts by Palestinians to keep them in power by characterizing them as “terrorists”. It is very useful that this issue dose not resolve itself, as it so politically useful to many.

The U.S. has created our own enemies by supporting totalitarian regimes over democratic ones. By training and supplying ‘freedom fighters’ against our enemies, the U.S. has fostered those who would later turn against it (Bin Laden, Saddam Hussein, etc.). For example, Iran was once a democratic and secular democracy, but we helped the Shah in a military coup to overturn this government. His régime, although friendly to the U.S., was suppressive and in turn led to the present government.

The ‘dark horse’ in this chaotic situation which may have major impacts is the on-going Arab Spring Movement. It is part of a relatively peaceful movement toward secular democracy, more economic opportunities and social justice. There are direct links to the global Occupy Movement. This will take a long time to resolve.  The situation in Syria and Bahrain is still developing.Iran, Saudi Arabia and other totalitarian governments in this area are watching this emerging situation which may spell the demise of their rule. Although it is not a clear path to fully functioning democracies or economic prosperity, this is the only viable solution for stability for these countries.

The solution to terrorism is not deporting of Muslims, immigration restrictions, increased security measures or other superficial measures. While addition security measures might prevent additional terrorist attacks, they are only treating the symptoms and not going to the roots of the problem

The U.S. and other nations might be more effective at curtailing terrorists by the following suggested (but not exhaustive strategies):

The overall problem pervading this discussion and others in this nation is the acrid nature of Tea Party. Republicans are poisoning any reasonable discussion with dogma operating on mere opinion or by distorting the facts.  How can America proceed in this atmosphere?