Boston In Lockdown As Manhunt Intensifies 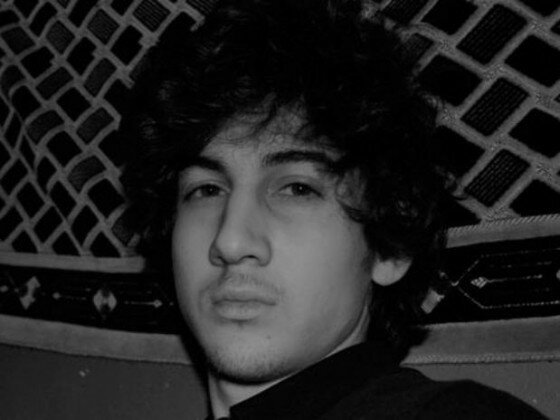 Boston is in a state of lock down today as a massive manhunt continues for Dzhokhar Tsarnaev, who has been named as a primary suspect in the bombing of the Boston Marathon. Authorities have urged Boston residents to stay indoors and all bus and cab service has been suspended while police continue their search. The FBI and National Guard are assisting.

The lock down comes following a violent rampage early Friday morning, where Dzhokhar and his brother Tamerlane are said to have robbed a 7-11, killed an MIT police officer and fled in a stolen SUV. In a confrontation with police, the brothers exchanged gunfire with authorities, while reportedly lobbing home made explosive devices, described by witnesses as being akin to “grenades”.

The older brother, Tamerlane, is confirmed to be dead, though the cause is still unclear. Eyewitness reports state that at one point during the confrontation with authorities, Tamerlane attempted to charge police before falling to the ground. Further reports are circulating that at the time, he had explosives strapped to his chest.

The Boston area hospital, which received Tamerlane reportedly announced a “code black” upon his arrival, suggesting that the reports of explosives are valid. However the code has since been cleared and explosives diffused. Doctors reportedly removed shrapnel from Tamerlane’s body, however it is still unclear if the explosives were the cause of his death.

The younger brother, Dzhokhar, fled the gunfight after his brother’s death, driving the stolen black SUV through a line of police cars. He remains at large and is regarded as being armed and extremely dangerous.

Prior to the bombings, the brothers reportedly lived together in Cambridge with one of their girlfriends. Presently, BPD have the house cordoned off and bomb disposal squads and robots are en route to clear the home of possible explosives.

The manhunt comes following a series of erroneous reports by CNN and other media, citing reports of a “dark skinned male” which resulted in a local college student falsely being identified as a suspect.

Police scanner traffic is largely offline at the request of authorities, however a live feed found via Ustream continues to provide information. Military EOD teams, as well as bomb sniffing dogs and FBI special investigators are presently being deployed throughout the city as police continue their search.

Reports through social media state that Dzhokhar, 19, attended and graduated from Cambridge Rindge & Latin School. Further reports place the brother’s immigration to the US approximately in 2002.

As of 11:58 am EST, Massachusetts police report that surrounding areas as well as the New Hampshire State Police have deployed SWAT and canine units to the Boston area to aid in the search.

In a statement to reporters, the father of the two, Anzar Tsarnaev, was in disbelief, stating that his sons were “angels.” Their sister Ailina, who presently resides in New Jersey, expressed sympathy and grief (video) for those killed and wounded in the bombing and through her closed door, told reporters that she grieves as well for her own families losses. Ailina is reported to have had a falling out with the family after marrying a non-Muslim.

Rumors continue circulating as to whether or not police have located Dzhokhar, however as recently as an hour ago, police issued a be-on-the-look-out order (BOLO) for a car, which is described as a gray 1999 Honda CRV, purportedly belonging to him.

Police are presently planning to hold a press conference to discuss the manhunt and city wide lock down. The Progressive Press will continue to monitor the story as it develops.

UPDATE: 12:56pm EST – Police scanner traffic report a woman being held in Watertown at gunpoint. Police tactical units and MIT police are responding to reports from a woman claiming her daughter is communicating via SMS text, stating she is “being held by a man with a gun.”

UPDATE 7:46pm EST – Police have cornered an unidentified individual in a boat, dry-docked in a backyard in Watertown. Scanner traffic reports that a possible fire may be burning on said boat. Flashbangs are being deployed and units are being ordered to ignore the flash and bang in regards to potentially returning fire.

UPDATE 7:56 pm EST – Multiple flashbangs deployed onto boat. Police report negative movement on vessel, but admit that deployed flashbangs were deployed the bow (front) of the ship, and that they were a ways away from the subject cornered.

UPDATE 8:42pm EST – Police announce they have the suspect in custody. Warnings issued that property parameter not secured, but suspect is reported to be in custody. Reports coming directly from police radio transmission.