Book Review: The Perks of Being a Wallflower by Stephen Chbosky 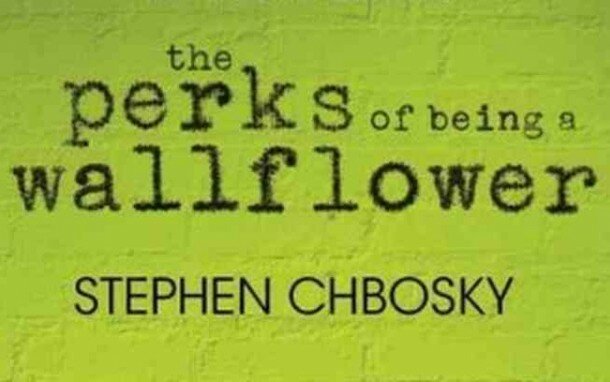 Many readers consider Stephen Chbosky’s coming of age novel The Perks of Being a Wallflower  a modern classic. It’s easy to see why the focus on identity has helped it become required reading for numerous high school classrooms, in spite of a provocative nature which frequently places it on challenged book lists.

The recent film adaptation also continues to spread the story’s appeal. Yet, for all its charm, the story contains noticeable flaws.

The affecting nature of the novel is achieved via therapeutic letters that Charlie writes to an unnamed friend. He is afraid of starting high school. Plus, he is trying to deal with the recent suicide of his only friend and death of his beloved aunt. The epistolary format feels like a stretch at times, especially when it comes to conveying long passages of dialogue. Even more jarring is Charlie’s voice. Journal and letter writing is very casual and intimate. Couple that with a teenager’s unpolished writing, and some readers will likely find the prose awkward.

Charlie is more than a little lost. His shy, introspective ways stem from various psychological issues which are revealed as the story progresses. By the end of the story, it does indeed seem like Charlie has experienced every element of teenage angst imaginable, such as trying LSD, aiding in an abortion, and feeling unrequited love. Conflicts abound, perhaps more than some deem believable, but the onslaught of issues really is true to many teens’ lives.

At times it may also feel like the characters are too one-dimensional: the clichéd gay friend, the well-intentioned English teacher, the racist grandfather. Yet, part of growing up is learning how to deal with the stereotypes all people try to apply to one another. Charlie’s therapist encourages him to participate, and he eventually comes to a better understanding of why people need something in their lives worth living for.

Despite his imperfection, Charlie’s endearing qualities creep into the reader’s heart. He always gets his acquaintances the perfect gift, he loves his mom very much, and he tries to be a good friend. Toward the end of the book, his love interest tells him, “’You can’t just sit there and put everybody’s lives ahead of yours and think that counts as love. You just can’t. You have to do things.’”

So how is it that a book with such obvious flaws can be touted as being practically perfect? It’s one of those rare instances where the whole is greater than the sum of its parts. Even when coincidence seems to solve too many conflicts in the book, the story leaves the reader feeling like they too have survived everything right along with Charlie. By the end of the book, both reader and narrator will experience what it means to feel infinite.

Do you feel this book is a modern classic?