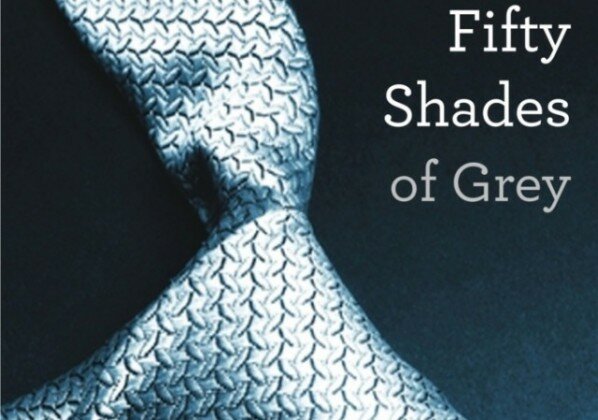 Simply put, curiosity finally got the better of me after having a few good laughs with my husband over all the delightfully negative reviews already on Amazon (17,140 customer reviews and counting). Plus, I wanted a lite read for a long weekend drive. Not to mention, various snippets have shown ladies from The View, Good Morning America, and countless other shows referring to how hot the book got them. What’s titillating about this book? Nothing. For supposedly being an S & M novel, the sex is surprisingly bland. And repetitive.

What bothered me the most as a reader is how the story is narrated in first-person point of view, and yet the author still uses italics to represent Anastasia’s banter with her sub-conscious. Ana’s repeated reference to her vagina as being down there creates unintended comical effects. Yes, Ana’s head is apparently in her vagina. She is a horribly conceived character devoid of personality, except for the moments when she refers to others by their defining traits, such as Blonde One and Blonde Two.

Although unlikely, it’s believable that a young woman would remain a virgin throughout four years of college. What is less believable is Ana’s never having experienced an orgasm. Specifically, the reader soon sees that almost anything can make Ana climax. Then one must consider she does not have her own lap-top or even an email address! Reasons are never given why she is best friends with a wealthy roommate. Plus she’s a decidedly British girl who likes her tea bag out. Yeah, all college students living in the land of Starbucks eschew coffee for tea. The scene where Ana vomits after downing five margaritas was almost good. Throughout the rest of the book she’s drinking wine all the time, so as with everything else, she seems to lose her innocent qualms quickly.

Then there’s Christian Grey. E L James does manage to create a few intriguing motivational points to establish his character, but they fail to coalesce into believable actions. For being such a supposed dominant, he’s always giving in to Ana. This young billionaire is on the phone a lot, but it’s never clear how he made his fortune. Given his age, the author should have fashioned him after Mark Zuckerburg. The way E L James incorporates the clauses of their contract and emails between Christian and Ana read as filler and the sure mark of an amateur writer. But it’s shame on the editors and publishers, not the author.

Even if Fifty Shades of Grey did get started as Twilight Fanfiction, there is no excuse for how shoddily it reads. E L James obviously knows little about the geography of North America, and much of the gallivanting about did little to advance the story, particularly the narrator’s trip to her mother’s in Savannah, Georgia (My guess is that it might be the one place in America the author has some familiarity with since she was specific enough to put the mother’s house near Tybee Beach.) Alas, a re-write could have set the novel in and around the author’s London home rather than the far-flung Seattle location. Perhaps then the setting details would have added, rather than, detracted from the story.

All novels show promise. It’s just extremely disheartening that Fifty Shades of Grey was published with such rough edges. Anyone who gives this book a passing score really needs to re-think their criteria for good books. Or maybe this book precisely appeals to its niche. Just like Edward and Bella make for trite and boring lovers, so too do Christian and Anastasia make for dull and uninspired sex fiends.

Is Fifty Shades a book you love to hate? Or did you love it?