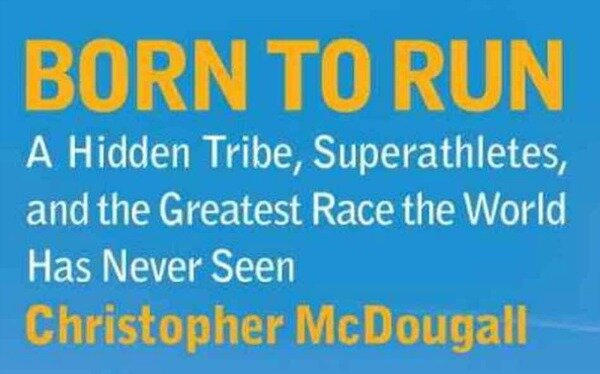 Rare is the book that gets its readers to take action. What is it about Christopher Mcdougall’s nonfiction book Born to Run that made me want to go for a jog after not running since my stint as a middle school sprinter? The book starts with the author’s doctor visit prompted by the common runner’s question, “Why does my foot hurt?”

In his search to uncover why our bodies are so suited to distance running, Mcdougall journeys to the Cooper Canyons of Mexico where he encounters the Tarahumara Indians. They (men, women, and children) are known for running barefoot and injury-free for extremely long distances. Their unlikely athletic success provides a jumping off point for the author to question all that modern medicine and our western mindset would have us believe makes sense when it comes to running ability. 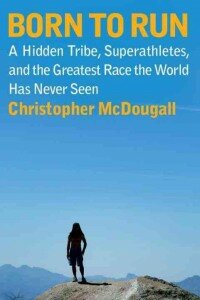 The author captures the eccentric personalities of many ultra-runners as he weaves in a wealth of researched information including why a human can outrun a horse or what is appealing about races like the Leadville Trail 100 Run. The book ends with a 100-mile race that takes place on the Tarahumara’s turf. Along the way, the reader senses that ultra-racing has more in common with the human spirit than the competitive spirit.

The mysterious figure of Caballo Blanco runs throughout the story as a representation of running’s real rewards. While most of us are not daring enough to drop-out of society and go where our bliss leads us, there is something to be said about uncovering the truths behind why running shoes do more harm to your feet than good,  as well as why an ultra-runner in their 60’s can still compete with runners 40 years younger, and why its one of the few sports where women compete equally with men.

I jog because I can. Does a person really need more reason?

Have you or would you read Born to Run? What’s your view on long-distance running?