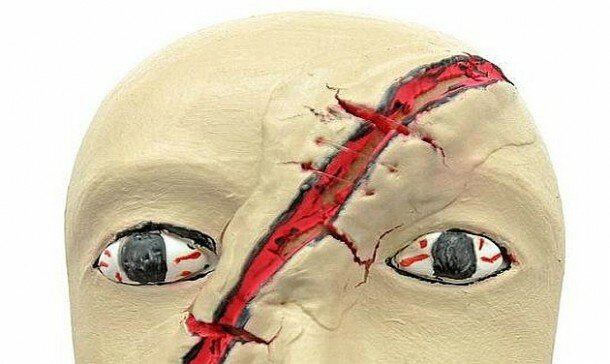 As new generation of soldiers return from our many wars, and are confronted with the internal conflicts brought on by the trauma of war; the military together with mental health professionals and artists are trying to find ways to give “wounded warriors” creative tools for processing and expressing trauma.

In an effort to aid soldiers suffering from Traumatic Brain injury (TBI) and the psychological effects of war such as Post-traumatic Stress Disorder (PTSD), Department of Defense has been utilizing art therapy.

A unique therapy initiative for soldiers returning from war has produced a number of face masks created by veterans still coping from the trauma and horror they’ve witnessed.

Melissa Walker, an art therapist who coordinates the masks program at NICOE told NBC News about the therapy:  “It’s intense. They get really invested in this. It becomes very meaningful for them.” She explains why the soldiers were given masks to paint instead of paper or bare canvases: “It gives them a way to express to us, visually, what they’re going through. It’s a little less intimidating then handing them a blank piece of paper.”

International Art Therapy Organization states that although art therapy has been understudied in this context, it shows promise as a means of treating hard-to-treat symptoms of combat-related PTSD, such as avoidance and emotional numbing, while also addressing the underlying psychological situation that gives rise to these symptoms.

Here are some of the haunting masks painted by the veterans who have been suffering from TBI and/or PTSD. 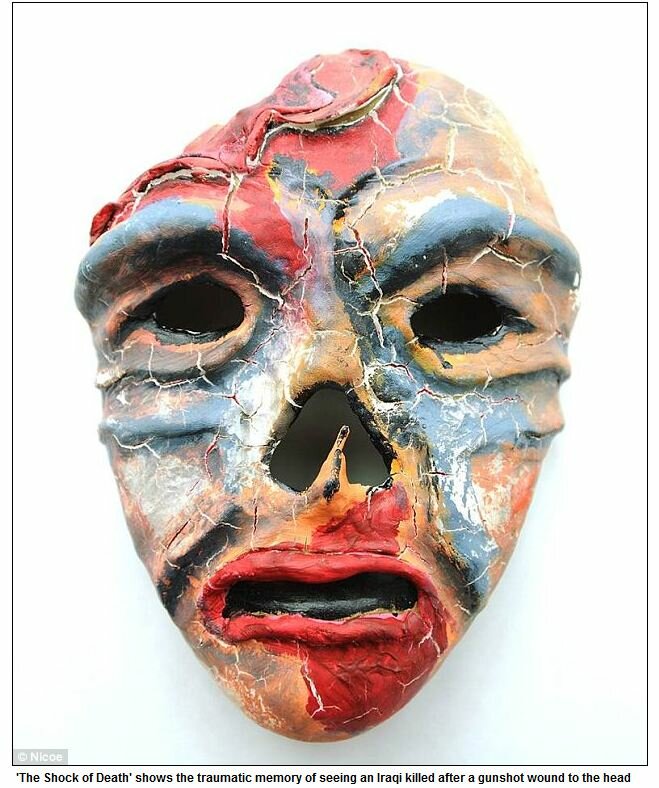 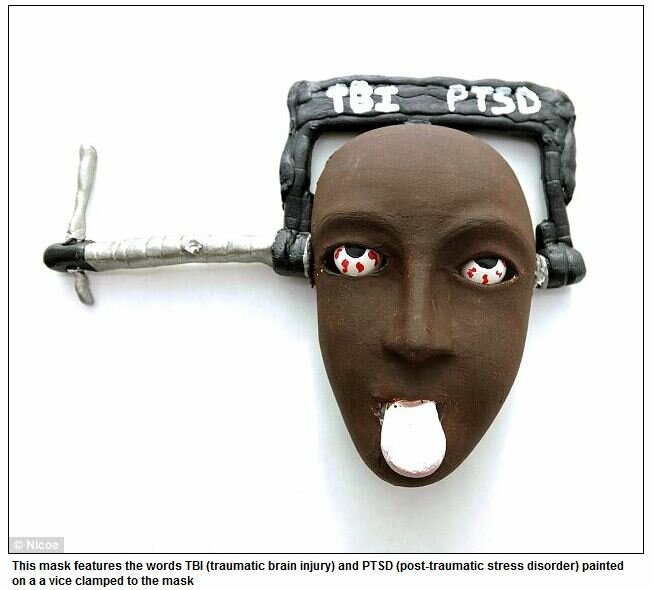 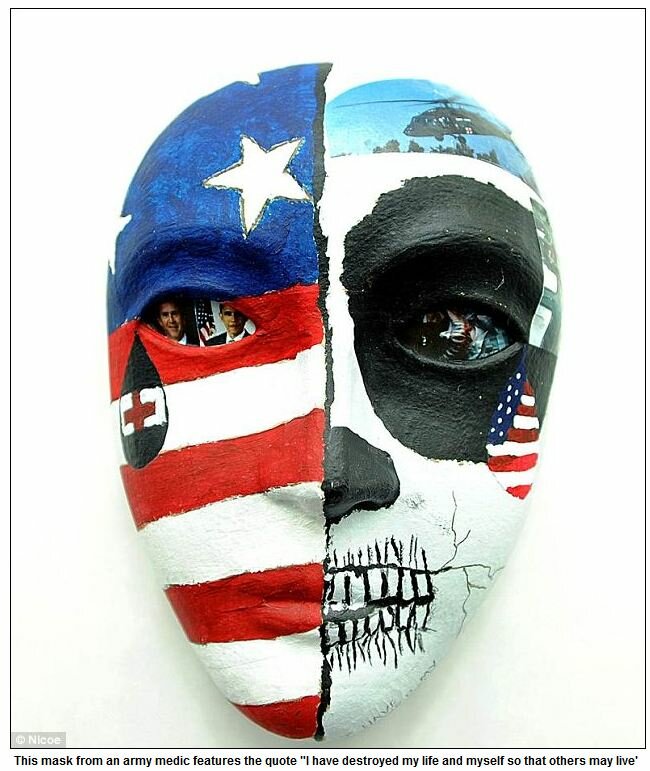