Are Drones Already Over USA? 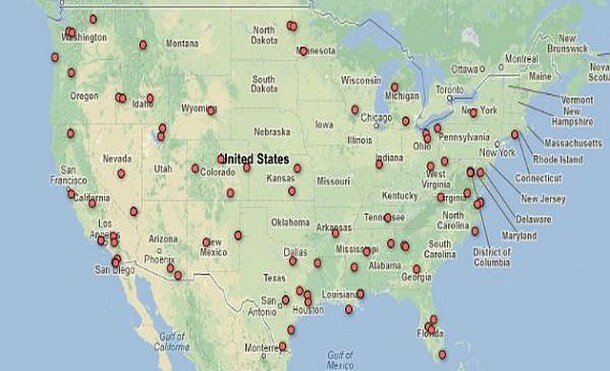 Amid the controversy over a newly-released memo, documenting the CIA’s policy on the targeted killing of American citizens with drones, the Federal Aviation Administration (FAA) has released a list of public organizations that have applied for a special permission to use drones over USA towns and cities.

The list includes 81 public entities that have applied for FAA drone authorizations through October 2012, but does not specify the status of the applications. In other words, it is not known how many of these organizations are already using drones. Interactive map of the applicants’ locations is provided by Google.

Currently, private organizations can not apply for COA and certification limits the size of the drones, as well as the scope of the area to be surveyed.

Congress passed a law that required the FAA to clear the path for use of drones in America, in February, 2012; but the FAA currently does not have any guidelines to integrate unmanned aerial vehicles (UAV) into to the airspace.

As the number of civil liberties associations are raising questions about the drone use on USA air, Charlottsville, VA. became the first city in the United States to pass a resolution banning the use of unmanned aerial vehicles, on Tuesday, February 5th.

Electronic Frontier Foundation, a digital privacy rights organization says, they encourage people to ask hard questions of government officials about who is funding drone development in their communities and what policies the government will demand agencies follow if they fly drones. We need greater transparency and citizen push-back to protect Americans from privacy-invasive domestic drone use.