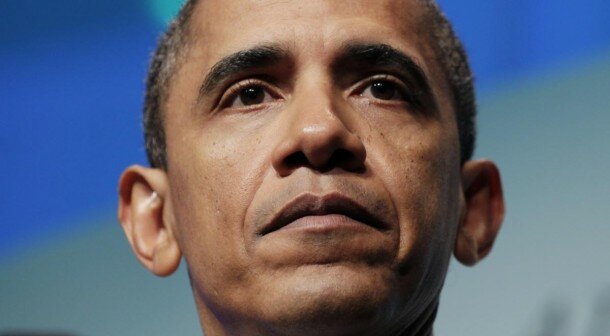 (Note: The views expressed in this editorial and the video below are those of the individual and not necessarily those of The Progressive Press, its editorial staff or its affiliates.)

It’s fine to be a conservative who disagrees with Obama politically. He is a fallible human being. Like any politician, he deserves criticism now and then. Progressives criticize him all the time because his policies are more conservative than many thought he would be.

If you would say “Obama is wrong on this issue and here’s why”, I could respect that. But it’s something else to be a hard-core Glenn Beck parroting, Bush-was-God, Obama-is-Satan, damn-the-facts, anyone-who-disagrees-with-me-is-a-communist, conservative.

Sometimes it’s hard to comprehend the level of hatred you have for President Obama. This hatred is not about dissent and it began long before he even took office and doesn’t seem to stem from anything he’s done as president.

From the day he was inaugurated, all over the country you began protesting Obama’s tax increases even though he had only lowered your taxes. Although he’s offered more proof of his origin of birth than any president in history, nearly half of you still believe Obama was not born in America, 57% believe he is Muslim, and 24% said he may be the Anti-Christ.

Before Obama took office, congressional Republicans decided that they would oppose every single bill that Obama supported. They used the filibuster to prevent all legislation from being voted on, including bills that Republicans themselves had co-sponsored. When president Obama decided to embrace a lot of Republican ideas like Cap and Trade, the individual mandate for health insurance and the Dream Act, these Republican ideas suddenly were denounced as Socialism and received zero Republican votes.

Even normally routine matters that Congress usually deals with on a bi-partisan basis, like a transportation bill or raising the debt ceiling, were held up by Republicans who didn’t want anything to get done during Obama’s presidency. By nearly letting America default on its debts, Tea Party Republicans even managed to lower our country’s credit rating, and then blamed Obama for it.

You even blamed Obama for the worst recession in 80 years even though it began over a year before he took office.

You have totally immersed yourself in anti-Obama hate speech, you can’t even state the man’s name, calling him O-BUM-a. You just repeat whatever you hear from right wing hate sites without exercising independent thought: “Obama is a (pick one) socialist/Marxist/Muslim/Communist/Nazi/Fascist/Kenyan/Anti-colonialist” or “Obama is trampling the Constitution”, “Obama hates America”, “Obama wants to control our lives”, “Obama has declared war on religion”, etc.  These are not facts or even fact-based opinions; they are examples of hate speech.

Back when Bush was president, his critics said things like “Bush allowed higher levels of arsenic and mercury in our drinking water”, “Bush violated the 4th Amendment by illegally authorizing warrantless wiretaps on American citizens”, “Bush used false information to start an unnecessary war”, “Bush started the two longest wars in our nation’s history, presided over two recessions, increasing poverty rates, a collapse of our financial system, and turned a huge budget surplus into a trillion dollar deficit”.

These criticisms of Bush resulted from things he actually said or did, not by what we thought about him personally. Every President of the United States has been loved by some people and hated by others and progressives certainly criticized Bush harshly. But that criticism was not out of a personal hatred of the man, it was about his policies and his actions as president. I don’t recall when anyone questioned his citizenship, claimed he hated the country, or suggested he sides with our enemies.

You actually accuse Obama of hating white people, of siding with the terrorists who attacked our country and wanting to euthanize the elderly, even though you have no facts or even a rational argument to support these claims.

You don’t seem to see the difference between hate-driven opinion and fact-based opinion.

You still worship at the altar of George W. Bush and refuse to acknowledge that he was anything less than God-like in his perfection, while attack Obama as “un-American” for doing some of the exact same things you praised President Bush for doing.

I’d hate to conclude that this is all based on race. Republicans hated Bill Clinton too, but we didn’t see quite this level of loathing toward him. Republicans did not filibuster every single bill to keep it from being voted on or actively work to halt the economic recovery like they have done with Obama. When Clinton was president, Republicans actually did reach compromises with him. When Obama pleads with Republicans to work out a compromise with him, they outright reject even the use of the word “compromise”.

Your hatred of Obama is not an act of patriotism. Quite the opposite, by immersing yourself in all your right wing Obama-hating web sites you’re unable or unwilling to have any kind of meaningful political discussion. You are preventing this country from making any kind of positive progress by letting your personal hatred of this man allow anything positive to get done in this country. And you are doing your country great harm.