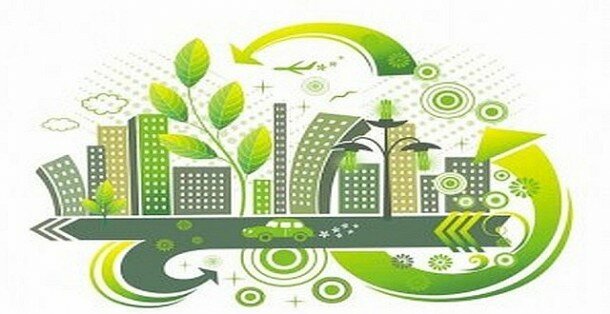 Cities are rapidly becoming engulfed in the technological revolution which is advancing at “warp speed”, rocketing the entire globe out of the post-industrial age into the emerging Information/Hyper-Global Age.

The ability for the complex networked structures of a city (government, services, institutions, residents etc.) to effectively utilize its human capital, connect with the global economy, collaborate and use its infrastructure is becoming essential for its future welfare. This is being facilitated by the burst of technological devices and the Internet.

In the Information Age, the most connected cities are becoming the most dominate, resting on their financial capability, their human capital and infrastructure (i.e., New York, London, Paris, Tokyo and Hong Kong). A city’s hinterland, its access to ports and manufacturing base, are becoming inconsequential to a city’s importance.

All cities are aspiring to be “smart cities”—connected, innovative, prosperous, globally footloose and riding the wave of technological innovation. The reality is that only a handful is approaching being a true “smart city”. It is not a ‘flat world’, but an uneven one with disparities within cities and among cities.

But, what exactly are the attributes of a “smart city”?

The following are two definitions:

“At its most basic level, a city is comprised of a government (in some form), people, industry, infrastructure, education and social services. A smart city thoughtfully and sustainably pursues development with all of these components in mind with the additional foresight of the future needs of the city. This approach allows cities to provide for its citizens through services and infrastructure that address both the current needs of the population as well as for projected growth.”

Another definition of a “smart city” would be one that successfully uses technology to efficiently handle the complexity of many issues (housing, mobility, economy, culture, governance, and environment), and accomplish a level of sustainability (“In focus: Smart Cities”, N.d.)

This definition is more fully explained on the webpage of The State of Green (a website focusing on sustainability in Denmark):

‘The smart city is based upon the visions for the sustainable city and visualizes the city as an inclusive system and not consisting of separate parts, but the smart part is how you use smart technologies to collect data, how you choose to work and with which resources. It is a city which is designed to optimize the interaction and integration of existing technical and digital solutions, so the smart city does not necessarily provide the solutions, but it presents a way of accelerating innovation and creating new possibilities and partnerships. The practical use of the concept rests on two pillars’:

One of the foundations of the smart city is the development of digital geographic databases, spatial technologies (Geographic Information Systems, Remote Sensing, Global Positioning Systems etc.) coupled with a robust globalized cadre of spatial technology professionals. This is a billion dollar industry which was in its infancy just twenty years ago.

Not so long ago, GPS was only known only to professionals. Now, it has become a household word with many cars and trucks equipped with GPS units.

Now an app is being developed by Honda that would be able to sense potential traffic jams and direct drivers on an alternative route (Vijayenthiran, 2013).

Systems have been theoretically tested so that all vehicles in a city can be monitored and guided in the street network via an integrated system of sensors and guidance systems to avoid accidents and congestion (Tang, 2012), (Khekare, 2012).

Remote Sensing (satellite imaging and interpretation) is becoming so powerful that small changes in the urban landscape can be detected (Blaschke, 2011.)

However, not all aspects of ‘smart cities’ are benign. The use of drones, also using geographic databases and spatial technologies to monitor criminal activity and for security is already being considered for domestic use, but under considerable controversy (Stanley, 2013). There is also a discussion on the use of drones for small package delivery, agricultural uses, search and rescue and emergency disaster assistance.

Another aspect of the ‘smart city’ is the increasing communications among individuals. Most everyone in a city is now almost constantly connected to those in the city, and outside including internationally if they own a cell phone, tablet (i.e. IPad), lap top or other devices.

Many in cities are self-organizing to become a powerful force in government with the assistance of communication technology such as mobile devices. The Arab Spring revolutions occurring in Tunisia and Egypt in their urban areas were greatly facilitated by mobile phones and social media. The international Pirate Party, which uses social media to get issue petitions and consensus-based decision-making, presents a possible revolutionary way for direct democracy.

The software that is the backbone of communication among the worldwide Pirate Party is LiquidFeedback, an open-source software package. The most active Pirate Party was in Germany, but currently it appears to be in a state of confusion and undergoing a state of self-destruction, ironically through the platform that brought its members together, the Internet (Becker, 2013).

In many cities around  the world technology is opening up new avenues of social engagement that were not possible before, creating a greater sense of community and encouraging  local government to be more transparent and integrated with its citizens (Sánchez-Chillón, 2011.)

It would seem obvious, but a “smart city” must be inhabited by “smart people.”  This requires an excellent system of free public education, including university level. It takes educated people in a city and nation to be able to design, maintain and coordinate/plan for intelligent technology. It also takes a population which has equal access to this technology.

In the present system, with the middle class decreasing and those in the upper income brackets gaining more income and control, a “smart city” would be greatly hampered to reach its full potential. There would be a continuing gap between those that have the technology and those that do not. There also continue to be a gap between the technological advantages of cities in developed countries as opposed to those in developed countries.

Regardless of the present economic stagnation, income inequality and “Luddite” governments that controlled by an economic elite and corporations, it is still  a marvelous and complex world that we now live. Cities are being caught up in the technological revolution that is dynamic and often confusing. It is determining how individuals operate within it, aiding in the delivery of public services, determining the planning of infrastructure and challenging local governments to be more transparent, more responsive, and shifting the power away from the plutocracy that controls cities. The “gauntlet” put before cities is how well they can use this technology to make cities more livable, accepting, just (economically and politically) and sustainable.