A New Free Press In Burma Juxtaposed With Genocide: The World Will Be Watching 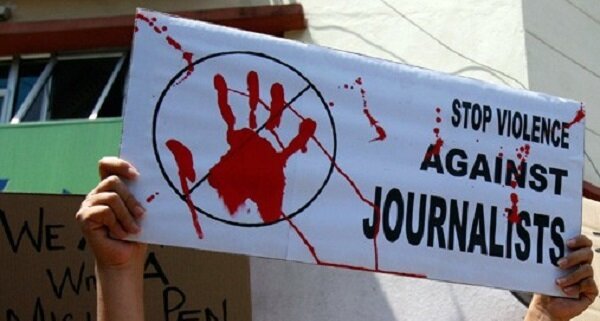 In most nations, citizens do not give second pause to the ever-present flow of daily information. To the rights and privileges that come with a free press. “News”. It is something that perhaps Americans take for granted every day. Gadgets, phones and laptops ablaze. It is constant, what is readily available to us for daily consumption. It exposes all that is there to be exposed; the good, bad, shameful and hideous.

In other countries, there is little-to-no information permitted, in fact, laws on the books outright barring the flow of this information. A most cruel (yet easy) way for governments to suppress their people.  Would-be journalists and reporters are kidnapped – killed, in many instances – for their news-gathering efforts.

So, a bit of good news for a country that finds itself in the middle of incomprehensible atrocity at the present. As The Progressive Press has been reporting, for the past month in Burma (Myanmar), there has been “escalating daily violence against minority Muslims by Buddhist mobs. Initially focused on the Rohingya, the mob violence has now spread further throughout the country, with attacks coming against other ethnic Muslim tribes as well as to those simply appearing to be of Indian or Southern Asian dissent.”

On April 1, Burma will begin to allow daily newspapers to be sold. This is no small deal.

Freedom of the press, and it has a start date. But, how free will this new access to information truly be for the people of Burma? And at what cost for journalists?

This new liberty arrives after five decades – fifty years – of censorship under military rule. While this couldn’t come at a better time, the pervasive question is: how liberal in the application of a free press will the government be when it concerns the genocide of their own people? The “mainstream” media have all but failed to touch on what is happening in Myanmar/Burma at this very moment. The cause has, instead, been taken up by independent publications (like The Progressive Press) and journalists such as Assed Baig, willing to stick their neck out to shine a light on this unthinkable horror. Today, in fact, activists with OpRohingya, Anonymous and others, initiated a “Twitterstorm” with the hashtag #RohungyaSOS. Between 5:30 EST until its end at 6pm EST, the hashtag trended to #1 in the UK, #2 in the U.S. and #3 Globally.

In a worldwide Press Freedom Index conducted just a year ago via Reporters Without Borders, Burma landed 169th, out of 179 nations. Perhaps the only reason for not being tagged at #179 on that list is because, in August of 2012, a set of political reforms resulted in the government relaxing its pre-approval requirement, which dictated that prior consent be obtained from Burma’s Press Scrutiny and Registration Division (part of the Ministry of Information) before any information be released to the public. This included even the potential publication of advertising and cartoons. Just last August, the Ministry lifted this requirement, and, on April 1, 2013, these reforms will come to fruition in the form of a free and daily press.

For those like Assed Baig living outside of the new reforms or technical “start date” of April 1, the conditions on the ground are extremely dangerous, and, as reported here previously, threats to journalists have included (but have certainly not been limited to) “monks demanding the cameras, memory cards and recording materials used to document the ongoing rioting”.

Burmese journalists previously subjected to their phones being tapped, their every move surveilled by the government and even the threat of being jailed (in fact, actually being jailed), in concert with a vast group of others dedicated to making information available to their public, and with an eye on the April 1 date have been, for the last three months, “practicing” by writing and editing news items and then printing their work on photocopiers.

While it is abolishing direct censorship, journalists and news providers will still need to clear government regulations and logistical nightmares. Media outlets, germinating since August, are sprouting throughout the country, and, once licensed, have been dashing to sort the most elemental of how-to’s: what to charge for dailies, and how; sporadic internet availability, electricity, how to write basic news; how to disseminate and deliver it. And now, the ongoing violence that they must capture, with an historically oppressive government looking over their shoulders.

This is no April Fool’s. The world is watching – we must support the upcoming free press in Burma, now more than ever.