Posted by Emine Dilek on Saturday, November 29, 2014 · Leave a Comment 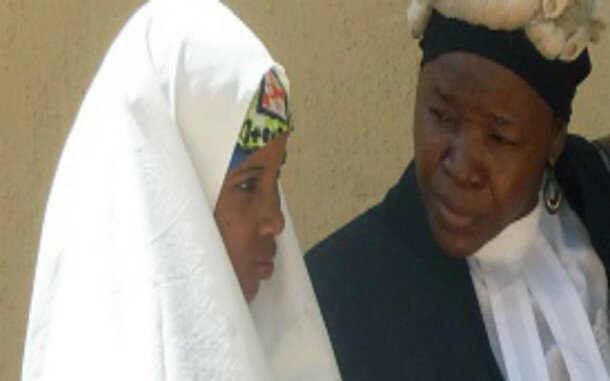 14-year- old Wasilat Tasi’u is on trial for the murder of her 35-year-old husband.

Nigerian teen was married to a man that she didn’t love. According to Zubeida Nagee, a women’s rights activist in Kano, “She protested but her parents forced her to marry him.”

From a poor rural family, Wasilat is accused of murdering her husband, Umar Sani, by lacing his food with rat poison. Forced marriages and child brides common in the poverty-stricken northern Nigeria region. Her case calls into question the legality of trying a teenager for murder under criminal law and the rights of child brides.

Wasilat allegedly asked a seven-year-old girl, identified as Hamziyya, to buy the poison from a nearby shop. 8-year-old Hamziyya was also married to Umar Sani as a “co-wife”. Polygamy is common practice in the predominantly Muslim north.

Witnesses told the court that Tasi’u killed her husband two weeks after their wedding. The prosecution is seeking the death penalty. “We are appealing to the judge to consider Wasilat’s plea,” her father, Isyaku Tasi’u, told The Associated Press on Thursday.

Nagee said Tasi’u was a victim of systematic abuse endured by millions of girls in the region. Activists say the blend of traditional customs, Islamic law and Nigeria’s constitutional law poses a challenge when advocating for the rights of young girls in Nigeria, AFP reported. 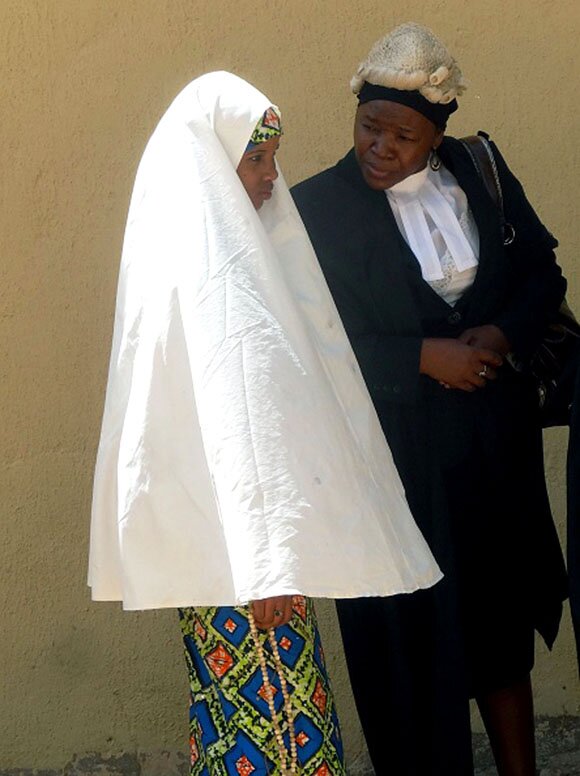 14-year old Wasila Tasiu speaks with an unidentified defense counsel outside the courtroom during a 30-minute break during her first day of trial at Kano state High Court in the village of Gezawa outside Kano on October 30, 2014.
(AFP Photo/Aminu Abubakar)